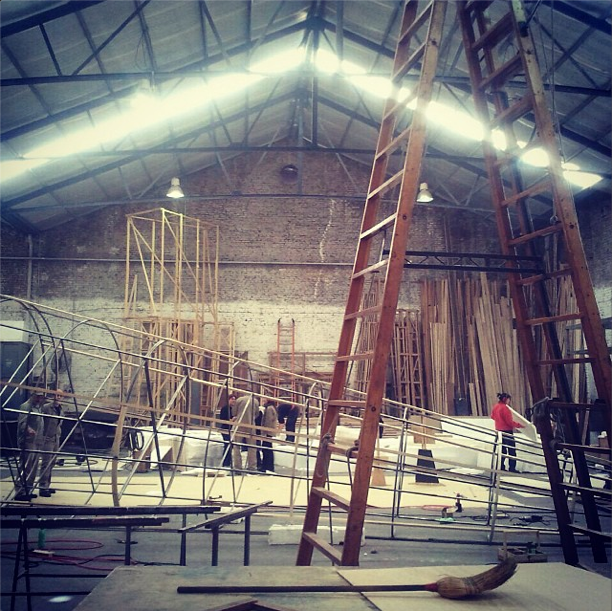 Martha Cargo
September 19, 2014
Earlier this summer, Music of the Americas explored the ongoing collaboration between the Teatro Colón and the Americas Society. In the last year, Americas Society expanded its relationship with the Colón, one of the leading opera houses in the Western Hemisphere, by initiating a partnership with the Centro de Experimentación del Teatro Colón (CETC). Through the CETC, the Colón is able to establish an environment in which composers can create, audiences can get to know new works, and musicians can enjoy the challenges of premiering them. Music of the Americas had the unique opportunity to learn about the process of production for a new opera, Hercules en el Matto Grosso, due to have its premiere later this fall in Buenos Aires and its U.S. premiere at Americas Society in Spring 2015. Americas Society's Martha Cargo speaks with the opera's librettist Pola Oloixarac.
Background on the Work
Hercules en el Matto Grosso centers on Hércules Florence, the French-Brazilian painter and inventor who traveled with Baron von Langsdorff into the jungles of Brazil's Mato Grosso in the late 1820s. The opera follows the journey of these two men as they venture into the Amazon, where they are confronted by two anaconda snakes, who are water gods. Seduced by the anacondas, Langsdorff loses his mind, infected by fever. From the detailed journals that Hércules kept, we see that he completed his first experiments fixing images with a camera obscura, coining the term "photo-graphia" (painting with light). Oloixarac developed this story as a research assistant to the Department of Romance Languages at the Harvard libraries, and this past February completed her research and libretto at Stanford University. The cast features baritone Alejandro Spies in one of the leading roles (Watch his 2013 ISATC debut at Americas Society here).
The majority of the libretto is in Portuguese, with several German lieder, sung by Langsdorff, as well as some passages in Quechua, sung by the anacondas. The work is scored for two pianos, four singers, and electronics.
Music of the Americas: How did the inclusion of Quechua come up in your research? Is it connected to Amazon legends of these water gods?
Read it here!